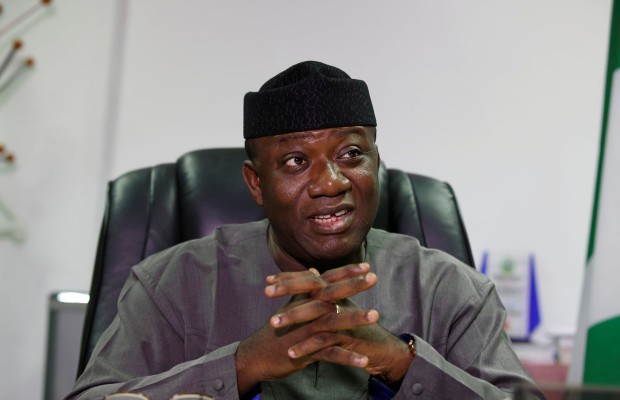 The Supreme Court Friday affirmed the election of Kayode Fayemi as the duly elected governor of Ekiti State after dismissing the appeal filed by the People’s Democratic Party PDP and its governorship candidate, Kolapo Olusola-Eleka.

Galaxy TV’s correspondent Godfrey Eshiemoghie reports that Justice John Okoro who read the lead judgment of the five-man panel affirmed the judgments of both the Ekiti State Election Petition Tribunal and that of the Appeal Court, Abuja, which had dismissed the petition and the appeal challenging the outcome of the July 2018 gubernatorial election.

The National Electoral body INEC had declared Fayemi and the APC which polled 197,459 votes winner of the polls ahead of the closest challenger, Olusola Eleka and the PDP with 178,121 votes.

It is this outcome that prompted the PDP to approach the Election Tribunal, citing among other allegation that the election was marred by a lot of irregularities and malpractices including gross abuse of the provisions of the Electoral Act.

The five-man panel of the Apex court led by the Acting Chief Justice of Nigeria, Justice Tanko Muhammed unanimously held that the appeal challenging the outcome of the July gubernatorial polls lacked merit, noting that is adequate grounds for its dismissal.