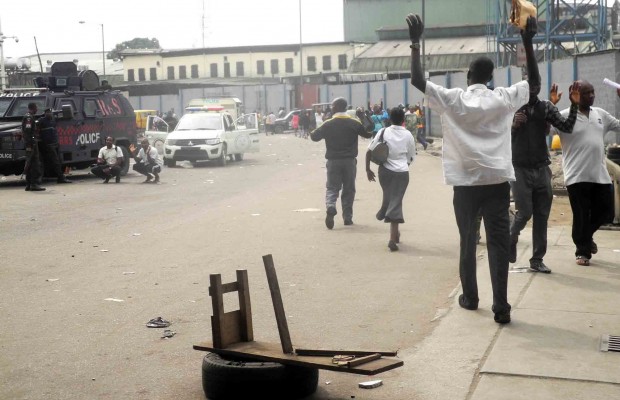 Commercial activities were on Wednesday paralyzed in Ado Ekiti, the Ekiti State capital as rival members of the two drivers unions in the state engaged one another in free for all fights.

The violence ensued between members of the National Union of Road Transport Workers (NURTW) and the Road Transport Employers Association of Nigeria (RTEAN) over what inside sources told galaxy news may not be unconnected with a recent fight which claimed the life of the vice chairma of RTEAN in Ado Ekiti.

It took the intervention of police to restore peace to the town after several hours of bloody clash between the two drivers unions.

The Ekiti state governor, Ayodele Fayose had last week met with the two drivers' unions where he urged them to embrace peace.