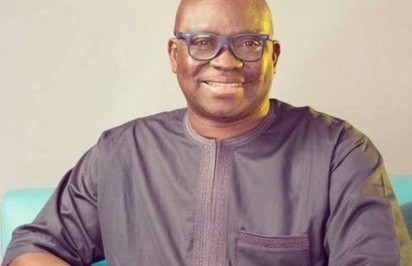 Ekiti state governor, Ayodele Fayose  flagged off free healthcare services for all residents and indigenes of the state with a starting
capital of N100 million.

The flag off ceremony, which took place at the palace of the Ogoga of Ikere, Oba Samuel Adu Alagbado, had in attendance sons and daughters of Ikere, top government functionaries and the traditional monarch of the town, Ogoga.

Earlier, the governor had met with all relevant stakeholders such as traditional rulers, leaders of the transport unions, invited doctors
and health workers, market men and women, artisans and community leaders among others, to charge them on the need to sensitize many who should benefit from the scheme.

Speaking with the news men after the events, the governor said his administration will continue to sensitizes Ekiti people on proper
healthcare particularly about women and children.

In his remarks, the Ogoga of Ikere, Oba Adejimi Adu Alagbado, thanked the governor for his support for the town and his developmental
strides across the state.

He also gave the assurance that the people of the town would support his Deputy Olusola Eleka, an indigene, to succeed Fayose.
Reports by Adeola Aderibigbe