Enyeama reacts to call for his return 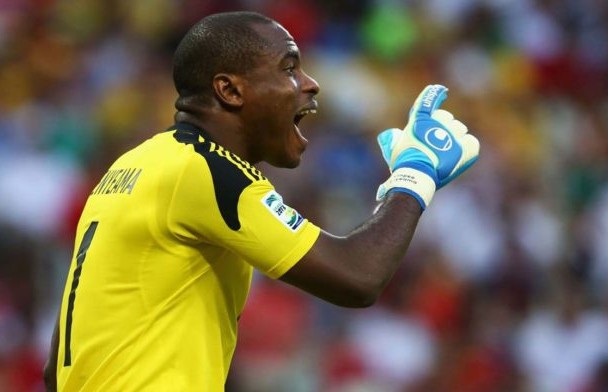 Former Super Eagles goalkeeper Peterside Idah has claimed that Vincent Enyeama told him in a conversation that he is tired of playing for Nigeria and will not be returning to the team for the 2018 FIFA World Cup.

There has been a clamour for the Lille of France keeper to return to the team after he quit acrimoniously.

Super Eagles coach, Gernot Rohr is open to welcoming Enyeama back into the team as it was obvious the Eagles have a goalkeeping problem.

“I was one of those who spoke to Enyeama when there was an attempt to get him back to the national team and he told me he’s tired of playing for Nigeria.

Idah opined that Ikechukwu Ezenwa and Francis Uzoho should be able to stand, but the choice was up to the coaches.

“Ezenwa appears to be the No 1 now after what he did in the qualifiers, but he is not world-class. Uzoho is better than him and I believe the training camp before the World Cup will determine who is really No 1'' Idah said.