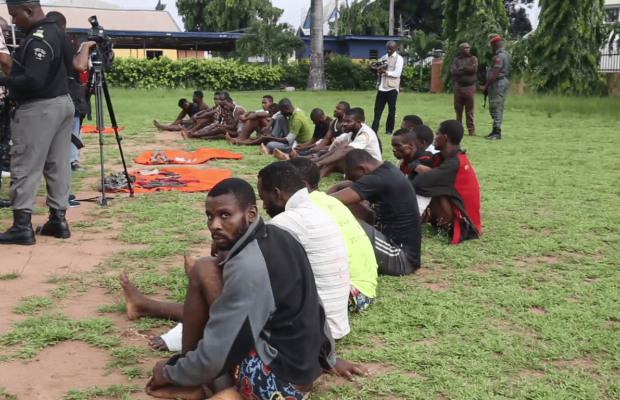 The Imo State police command has paraded 21 suspects for various criminal offenses in the state.

According to the commissioner of police CP Rabiu Ladodo who paraded the men of the underworld at the police headquarters in Owerri the state capital, major among the crimes committed where kidnapping, car snatching unlawful possession of firearm, cultism, burglary

Rabiu who stated earlier when is ascension as the commissioner of police that he will leave no stone unturned in ensuring that the state is safe from criminality.

While attributing the successes to the proactive steps taken by the command under his watch, CP Ladodo task members of the public to be forthcoming with useful information to the police for prompt action.

The CP who vow not to leave any stone unturned promise to facilitate all process and ensure that the culprits are charged to court and prosecuted accordingly.

He, however, charged individuals and group in the state to do their various businesses lawfully in other to avoid been robe into criminality.

Some of the suspects who agreed to the crime also narrated the role they played.