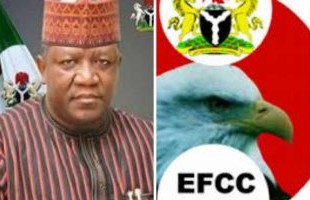 The Abuja division of the Federal High Court has ordered the Attorney-General of the Federation and the Economic and Financial Crimes Commission EFCC to stay action on the move to seize the property of Abdulaziz Yari, the immediate past governor of Zamfara State.

Justice Nkeonye Maha gave the order Friday at the resumed hearing on the legal action instituted by the former governor to challenge the moves by the EFCC to confiscate his property.

During Friday’s hearing, counsel to the EFCC informed the court that the anti-graft agency had complied with the order of the court adding that a counter-affidavit was filed in response to the plaintiff’s application.

The counsel to the AGF, on his part, told the court that his client is a nominal party in the matter as the investigation of the ex-governor is solely a task by the anti-graft agency.

And the counsel to the plaintiff, Mahmud Magaji, urged Justice Maha to make an order against the two respondents barring them from taking action against his clients pending the determination of the fundamental rights suit.

Meanwhile, the matter has been adjourned till the 5th of September for hearing of the case. 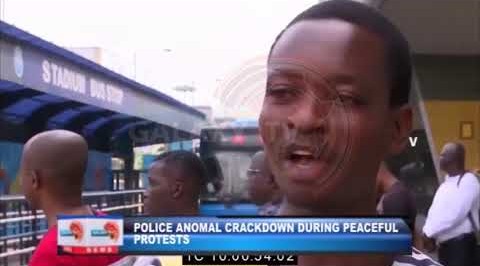