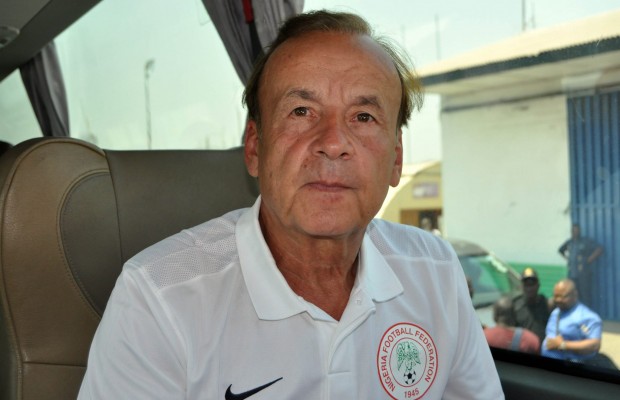 Rohr was appointed Super Eagles head coach in August 2016 and has steered the team to the Russia 2018 World Cup, winning four games and drawing one in a qualifying group that also had Zambia, African champions Cameroon and Algeria. His previous deal will run out in July 2018.

The German put pen to paper during the a partnership ceremony between the Nigeria Football Federation (NFF) and beverage giant at the Eko Hotel and Suites, Victoria Island, Lagos on Wednesday.

The beverage giants signed a five-year deal worth $4 million to become the official soft drink partners of all Nigeria’s national team.The Super Eagles amassed a total of 13 points from six games during their 2018 World Cup qualifying campaign to finish as group winners.

Rohr will be hopeful that the five pre-World Cup friendlies lined up for his side (against Poland on March 23, Serbia March 27, DR Congo on the May 25, England on June 2 and Czech Republic on June 6 (Austria) ahead of the World Cup in Russia will help his side qualify for the round of 16 from Group D which houses Croatia, Iceland and Argentina.Since Rohr took charge of the Super Eagles, he has recorded seven wins, drawn four and lost one game