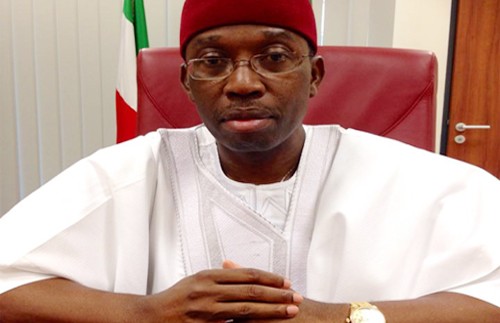 The Delta state commissioner for information, Patrick Ukah has called on all Deltans to register for their Permanent Voters Card (PVC), in ensuring that the incumbent governor Ifeanyi Okowa is returned come 2019.

The state's commissioner made the call in Warri, the state capital during the South-South stakeholders meeting of the People’s Democratic party Party (PDP).

The stakeholders meeting which witnessed party leaders from the twenty-five local government areas of Delta state was initiated with the singular mandate of returning governor Okowa come 2019.

Also speaking, the lawmaker representing Warri constituency one in the Delta state house of assembly and a former lawmaker said the governor merited a second term.

The meeting is expected to be replicated in the remaining two senatorial districts of the state, while candidates contesting in various positions are expected to declare their interest.