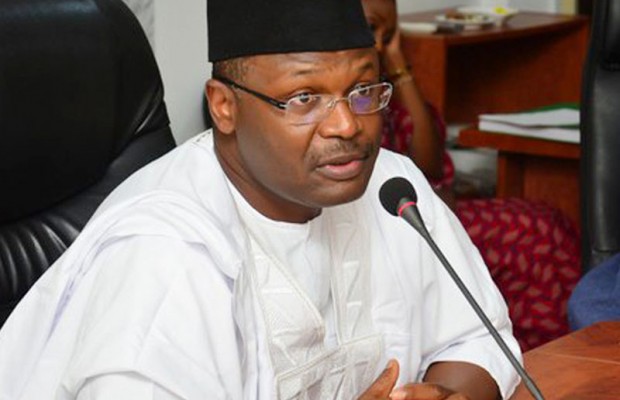 The Chairman of the Independent National Electoral Commission-INEC, Professor Mahmood Yakubu has stressed the need for modern Laws that will govern the conduct of Local Government elections national wide.

Addressing the electoral managers, Professor Mahmood Yakubu, averred that the Commission after studying some of the laws that established SIECON, noticed that there is no processes and procedures of Local Government elections in the laws leading to his call for better laws to guide the local government polls.

Professor Yakubu was optimistic council elections would be more credible when modelled around the electoral Act.

The INEC chairman sued for a symbiotic relationship between the Commission and SIECON particularly in areas of law in order to advance democracy in the country.

He called for continues interactions between the two side, to exchange ideas and to set a benchmark for conducting free, fair and credible elections.

Earlier, Chairman of the Forum of State Independent Electoral Commission of Nigeria, Igbozuruike Mkpuruokwu said their visit was to facilitate the implementation of proposal review of MoU between INEC and the Forum and the quarterly meeting of the two bodies promised by him in 2018.

Other items on the agenda of the meeting include finance independence for the electoral commissions as well as synergy between the two bodies in the conduct of elections.