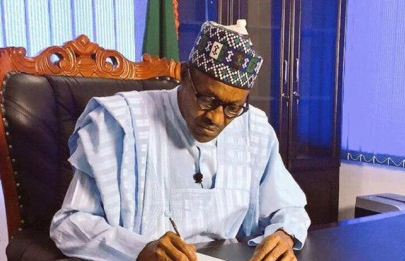 Nigeria and the Republic of Benin have agreed on the imperativeness of a joint committee to combat smuggling.

The agreement was reached when President Muhammadu Buhari hosted President Patrice Talon of the Republic of Benin at State House, Abuja, Wednesday.

The two leaders also agreed to consult the Niger Republic in the workings of the committee as a transit point in the concentric circle of smuggling of commodities, particularly rice, into Nigeria.

President Buhari however, added that activities of smugglers are hindering Nigeria's quest for self-sufficiency, particularly in rice production.

A more sinister side to the smuggling menace, President Buhari noted, is the influx of small arms and ammunition into the country, thus increasing the specter of insecurity.

Modalities of the joint committee to combat smuggling are to be worked out as soon as possible, the two leaders agreed.

The Nigerian President also welcomed the idea of a rail network to link Nigeria, Benin Republic, Niger Republic, and some other countries, saying "it is valuable economically," and would be subjected to further comprehensive study.

President Talon said smuggling affects both Nigeria and his country negatively, and also constitutes a threat to the bilateral relationship between the two countries.