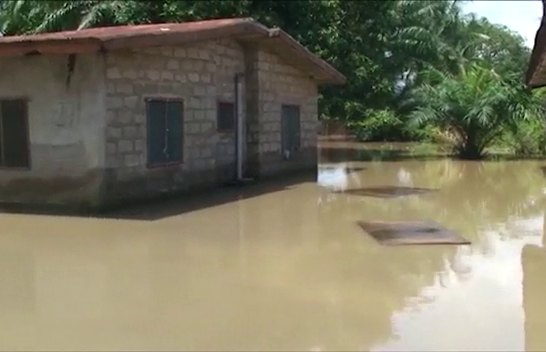 One of the affected flood disasters community of  Ilushi in Esan South East Local government area of Edo state has called on the Edo state governor Godwin Obaseki to come to their aid as the disaster has displaced them of their properties and source of living in the community.

One of the community persons who spoke to our correspondent at the community,  Mr Peter Omomudo said they are calling on the state government to come to their aid as the water has taken over their land and houses.

On his part, the managing director of Edo state Emergency management agency EDOSEMA said the government have asked them to move to higher ground in controlling the flood.

Despite the rains subsiding in some communities in Edo state, the poor drainage system and water channels make it difficult for the water level to reduce as many residents have relocated.