Ethnic groups may resort to self help - Alaafin 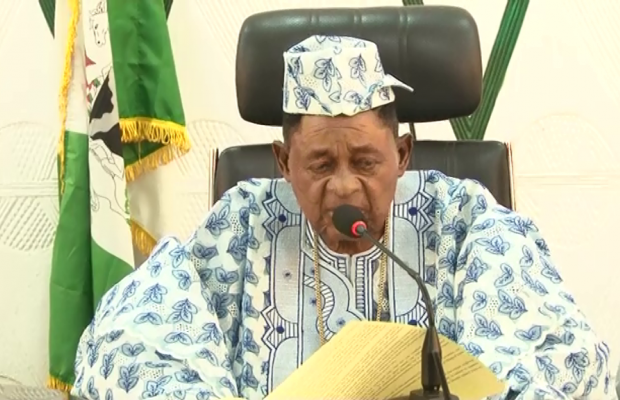 Alaafin of Oyo, Oba Lamidi Olayiwola Adeyemi III has warned the Federal Government that the killing of daughter of Afenifere leader, Chief Reuben Fasoranti, Mrs Funke Olakunrin, may force each ethnic group in Nigeria to resort to self help security which may not be in the interest of the country.

Oba Adeyemi made this known in a statement he personally signed and titled "the killing of Mrs Funke Olakunrin, daughter of Elder statesman, Chief Reuben Fasoranti, by unknown gunmen- a disgrace to Nigeria", and made available to journalists in infant.

The revered Monarch said the killing has further put a question mark on the central police system currently in operation in the country, saying today's leaders must review the issue of power decentralization.

He said the killing of the daughter of the distinguished leader of Afenifere, Chief Reuben Fasoranti by gunmen is certainly one too many adding that the concern shown by the likes of  Chief Fasoranti on the security of the country was borne out of patriotism without the slightest knowledge that the insecurity was closed to his door.

Oba Adeyemi disclosed that For a country with national cohesion and purpose, this certainly is not the best way to honor such a patriotic citizens at his age.

The monarch stated that unless something is done urgently about power decentralization, each ethnic group may be forced to self help security structure which at the end may not be the best for the country.