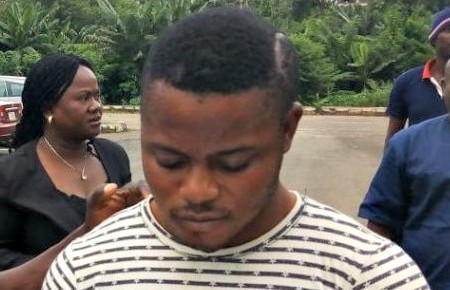 The suspected rapist soldier that raped an undergraduate student of Adekunle Ajasin University, Akungba Akoko, Sunday Awolola has been arraigned at the High Court of Justice in Akure the Ondo state capital.

The soldier who has been dismissed from service by the Nigeria army is being charged for unlawfully having canal knowledge of the undergraduate at a military checkpoint.

The case charge stated that Sunday Olayiwola is facing a count charge of rape and thereby committed an offence contrary to section 357 and punishable under section 358 of criminal code cap 37 volume 1 laws of the Ondo state of Nigeria 2006.

However, the presiding judge, Justice Mayowa Akinpelu adjourned the case for proper hearing till Friday 16th of August for the defence lawyer to be able to study the case.