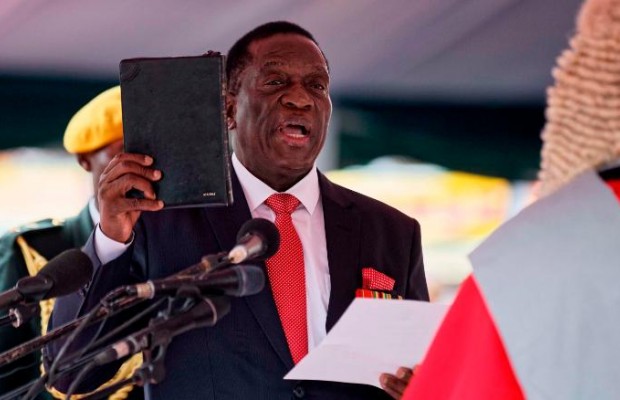 Tens of thousands of people filled the cavernous National Sports Stadium in the capital, Harare, cheering and dancing, and waving national flags as the former vice president was inaugurated, in scenes resembling a football match.

"I, Emmerson Dambudzo Mnangagwa, swear that as president of the republic of Zimbabwe I will be faithful to Zimbabwe and obey, uphold and defend the constitution and all other laws of Zimbabwe," he said, taking an oath of office.

He swore to "protect and promote the rights of the people of Zimbabwe," a promise that was met with wild applause by the crowd, many of whom had lived under Mugabe's entire oppressive rule.

The new leader was adorned with a sash before receiving a 21-gun salute, firing of the cannon and a fly past, in a colorful ceremony attended by African leaders and other dignitaries to mark the historic moment.

Mnangagwa has vowed to take the country into a new era of democracy and to rebuild the economy that rotted under Mugabe's decades-long iron grip.

Mnangagwa will serve as an interim president until a leader is elected at the polls next year. He is expected to contest the election as well. 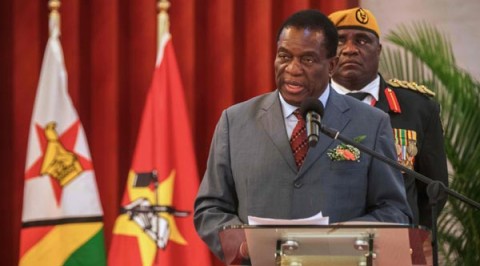 Quadri vows to bounce back at ITTF World Cup 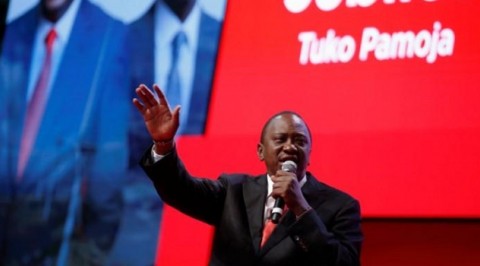 Kenyatta vows to use deadly force against Islamic militants