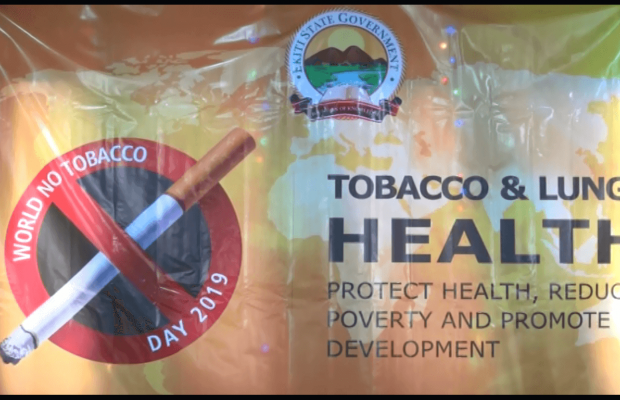 The Ekiti state government has vowed to enforce its anti-smoking laws signed into law in 2015.

This was disclosed by the Governor of Ekiti state Kayode Fayemi at a sensitization program organized for youths and teenagers in the state.

The Governor said he is committed to the implementation of the public health laws of EKITI state so as to have a healthy population.

The Governor, who was represented by the special adviser to the Governor on public health, Dr. Jimlas Ogunsakin warned residents of the state to desist from smoking because of damages to lungs and liver.

The keynote speaker at the event Biodun Ajayi said smoking endangers the lives of every resident of the state as it pollutes the oxygen.