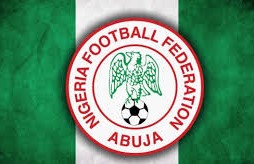 The Nigeria football Federation (NFF) has declared that the domestic players currently camped in the ancient city of Kano for the 2018 CHAN qualifiers do not have any course to worry over their safety in the state, saying adequate security measures have been put in place to protect the team.

There were gun duels between security agencies and members of the Boko Haram sect in Kano, which raised concerns over the security of the players in the Kano metropolis.

Man U have no interest in signing Gareth Bale - Mourinho