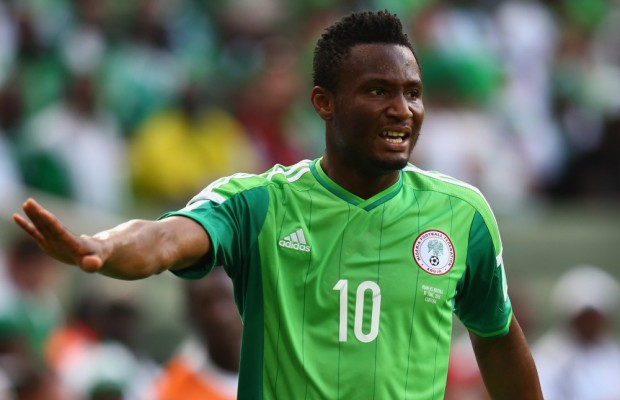 Nigeria captain Mikel Obi is disappointed he will not get the chance to represent the country in Tuesday’s friendly encounter against Serbia.

Mikel could not link up with his teammates in Wroclaw for Friday’s friendly game against Poland which they won 1-0 as he was sorting out his work permit in China, where plays for Chinese Premier League club Tiajin Teda.

The midfielder who has been capped 82 times by Nigeria will also miss the game against Serbia due to the same problem.The 30-year-old took to Twitter to express his frustration but backed his teammates to record another win as they continue their build-up towards Russia 2018.

“Unfortunately due to circumstances beyond my control I will not be on the field for our game against Serbia tomorrow. I am sad, and frustrated, but giving my full support to the team for another win''

Meanwhile, former Super Eagles coach Samson Siasia says the inability of Super Eagles captain Mikel Obi to play against Poland and Serbia in the two international friendly games will help coach Gernot Rohr to try other players in his position, as the China-based star will be available for other friendly matches before the 2018 FIFA World Cup.

Mikel, who captained the Siasia-led U-23 Eagles to the Rio Olympic Games bronze medal in Brazil, could not feature in the two friendly matches due to travelling documents renewal that made it difficult for him to travel out of China where he plays for Tianjin Teda FC.

Nigeria will play another friendly against Congo DR in May before facing England and Czech Republic.