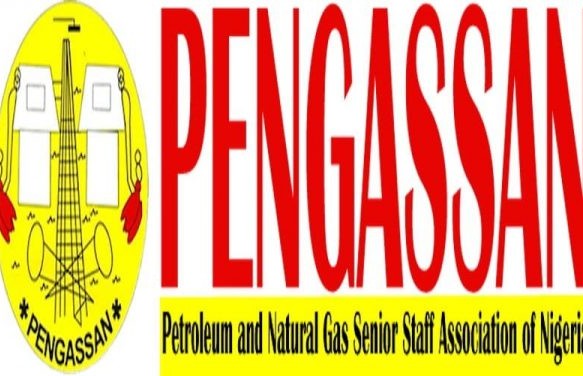 Educational activities have been disrupted with students hurriedly packing their belongings to leave the school premises as a result of the shutting down of the Petroleum Training Institute at Effurun, in Uvwie local government area of Delta state by the Petroleum and Natural Gas Senior Staff Association of Nigeria (PENGASSAN) who are protesting over their welfare.

The oil workers union who had issued several ultimatums to the school management to meet their demands with no response, took everyone unaware as they stormed the school premises dressed in red outfit with placards calling for the sack of the school principal and Director of Finance over alleged corruption practice.

Addressing newsmen as union members embark on solidarity march around the school premises, the chairman of PENGASSAN in the institution Prince Audu  Oshiokhemele stressed on the need for the protest.

Meanwhile, students from the Petroleum Training Institute were seen preparing to leave the premises as the protest continues. The chairman accuses management of alleged corruption despite series of letters to Anti-corruption agencies.

The principal of the institution Professor Sunny Iyuke did not respond to calls and messages sent to his number as at the time of filing this report, while the Public Relations Officer of the institution Mr. Brown Ukanefimoni declined to comment on the allegation.

The protesting PENGASSAN members have promised not to vacate the school until their demands are met, while the students who came from different parts of the country are most affected by the action.