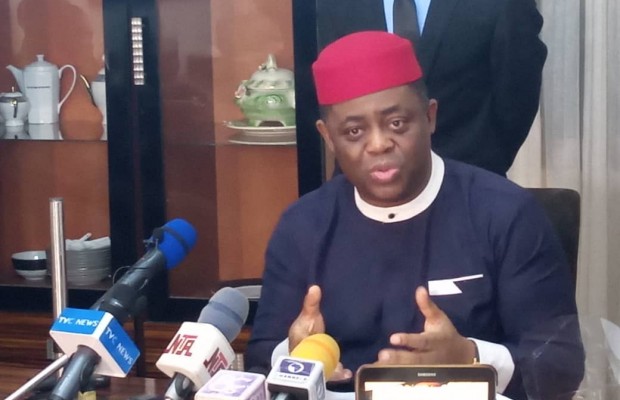 Former Minister of Aviation, Femi Fani Kayode has explained that his tour of some States in Nigeria has both economic and political reasons.

Addressing members of the Oyo State Press Corp at the Presidential Lodge in Ibadan the former Aviation minister say he is not being sponsored nor sent by anyone adding that he has economic and political reasons for his actions.

He added that the tour would assist him to make informed decisions as well as be able to educate most Nigerians on the activities of most of the Governors.

On the projects initiated by the Seyi Makinde led administration, Fani-Kayode stated that the administration has good intention for the people adding that 18 project sites he visited were inspiring, adding that when completed, would transform the socio-economic landscape of the state.

He appealed to the federal government to emulate some of the policies and programmes being implemented by Governor Makinde and other progressive Governors in the Country for rapid development.