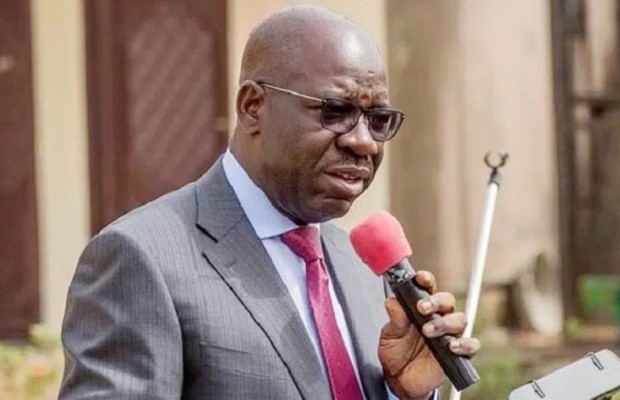 The People’s Democratic Party, PDP,  in Edo has formally received the state Governor, Godwin Obaseki into its fold.

The official defection of Obaseki to the PDP and the formal receipt of the leadership of the party in the state led by Dr Tony Aziegbemi in Benin has put to end the widespread speculation of the governor's defection.

Governor Obaseki, who arrived the PDP Secretariat at exactly 2:15 pm in company of his teeming supporters, expressed his joy over the reception by the PDP.

While thanking the PDP leadership and its entire members for welcoming him, he says what Edo people witnessed in terms of human and capital development in the past four years will be a child's play compared to what is to come.

The Chairman Edo State Chairman of the PDP, Dr Tony  Aziegbemi gave assurance that members of the party would accord him good quality and harmonious working relationship.

Dr Aziegbemi also gave assurance that as the party chairman in the state, he would provide the governor with every support and encouragement needed by him to succeed as the new leader of the party.

The highpoint of the event was the presentation of the Party Card to the Governor by Chairman Ward three, Oredo Local Government Area of the Party Honourable, Ikpemwenosa Idahosa.