The senator representing Bayelsa central senatorial district in the National Assembly Douye Diri has emerged the winner of the governorship primaries of the People’s Democratic Party (PDP) in Bayelsa state after polling 561 votes to defeat twenty other candidates.

The primaries which were held at the Gabriel Okara cultural centre in Yenagoa saw the former Managing Director of the Niger Delta Development Commission Timi Alaibe coming second with 365 votes, while Keniebi Okoko came third with 142 votes.

Declaring the winner in the early hours of today, the chairman of the electoral committee and Taraba state Governor Darius Ishaku said he polled the highest number of votes, as the candidate calls for a united party.

In attendance to monitor the election were the state INEC commissioner Monday Udoh and other officials of the commission. 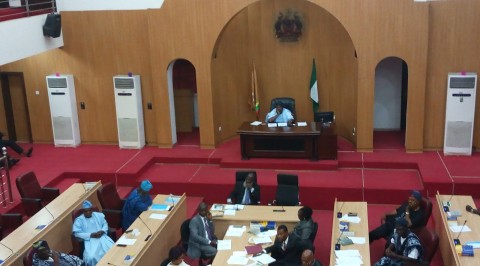