On Tuesday the people of Nembe Local Government in Bayelsa State made a request in a petition they sent to the United Nations demanding $1bn (about N160bn) compensation from Shell Petroleum Development Company and the Nigerian Agip Oil Company over devastation of their environment.

The document was dated April 16 and signed by the Chairman and the Secretary of the Nembe Oil and Gas Committee,  Chief Nengi James and Francis Furo, respectively, the people lamented the many years of gas flaring in their community.

"Gas flaring, oil spillages and dumping of industrial wastes in their environment, have reduced our lifespan," the people lament.

While calling for equity and justice in the management of the resources in their environment, the people also decried the lack of basic facilities in their community despite contributing over 200,000 barrels to the daily national oil production.

Besides pollution and the lack of accessible roads, they also complained of their non-linkage to the national grid for electricity supply.

The petition written by the people of Nembe,

“We, the people of Nembe Kingdom have a cause to cry out loud to you, because, we are seriously aggrieved over the shoddy treatment meted to us by the oil companies operating in our land.

“If we fail to call your attention to our plight now, there is the likelihood that we may not be able to tell our story after some years as we may have been slowly exterminated by the effects of oil spills, gas flaring and improper disposal of toxic wastes and materials in our kingdom.

“As a result of gas flaring, frequent oil spillages and dumping of industrial toxic wastes, the lifespan of the average Nembe man and woman has been drastically reduced to 40 years. This is just too low and calls for serious investigation.

“We want the United Nation to come to our kingdom for investigation and analysis of the environment and subject their findings to high-level expert interpretations and opinions.

“These tests and analysis must encompass our land, rivers, creeks, streams, oil spill sites, toxic waste dumping sites and even the air we breathe so that, the truth of our claims would be made manifest for the indictment of the oil companies involved.”

“It is also our demand that there should be an end to gas flaring, as we are tired of putting up with its dangers and negative effects all these years. Besides, we want a total clean up of our environment including our rivers, forests; creeks; streams and land to enable people to lead the lives.

“We also want the United Nations to prevail on these oil companies to pay Nembe Kingdom $1bn for all the damage done to our environment and people all these years for their act of negligence, impunity and atrocities.

“In fact, the impunity and audacity with which the oil companies have been carrying out their duties in our environment, with no regard to the people that inhabit the area is a gross violation of the United Nations declaration of Human Rights and the African Charter of Human and People’s Rights.” 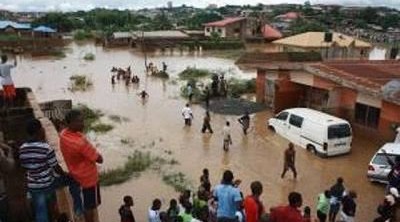