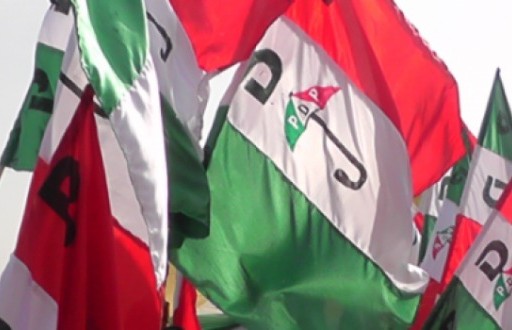 The House of Representatives candidate of Alliance for New Nigeria (ANN) from Abeokuta South Federal Constituency in the last general elections, Akeem Amosun has defected to People's Democratic Party (PDP) in Ogun State.

Amosun hinged his decision to join PDP in order to form a formidable opposition and realize his political aspiration.

Amosun who led over 3,000 supporters to PDP, described the umbrella party as the only robust opposition that can oust the ruling APC in 2023 in the state.

Receiving the defectors to PDP, a former House of Representatives member, Hon. Ladi Adebutu called on other opposition parties in the state to team up with PDP to form a formidable opposition.

He said the coalition became necessary as recent elections held in the country are being militarized.

Adebutu said he is on a mission to rescue the state; he, however, bemoaned the APC led administration in the state for lack of competence and compassion.