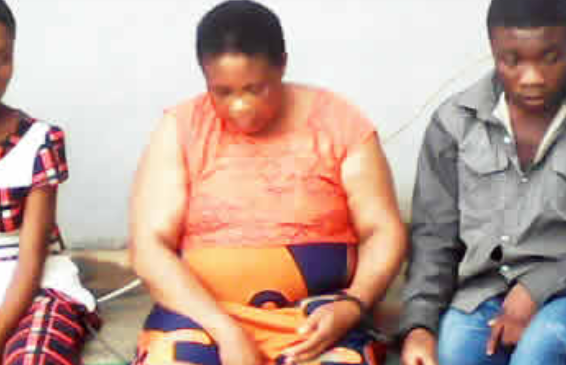 The suspects were said to have escaped in military uniforms after they disguised to be military personnels.

Their escape comes after few days when they were arrested by a vigilance group over robbery allegation and handed over to the Ogidi police command.

While addressing newsmen, the president of the group, Mr. Oluchukwu Anyaoku, said he got the information of the arrest while at work and had to send his deputy, Chimezie Ononwu, who took the suspects to the community town hall for transfer to Ogidi Police Area Command.

“As the suspects were kept at the hall, waiting for the handover to the Ogidi Police Area Command, the police from Obosi led by one Ovat, a sergeant, with some boys came and took the suspects to Obosi Police Station and since then, we have not known their whereabouts.

“It is the Obosi police that will tell the world the whereabouts of the suspects. We are a non-violent group and do not want to have any misunderstanding with the police and that was why we handed the suspects over to them.

“It is left for the police at Obosi to tell the people, the public and the world the whereabouts of the three suspects in army uniform arrested with cutlasses; the police have to produce the suspects.”

Reacting to the escape of the suspects, the Anambra State Commissioner of Police, Mr Garba Umar, said he had directed an immediate investigation into the matter.

Meanwhile, members of the community had continued to express fear over the escape of the suspects.