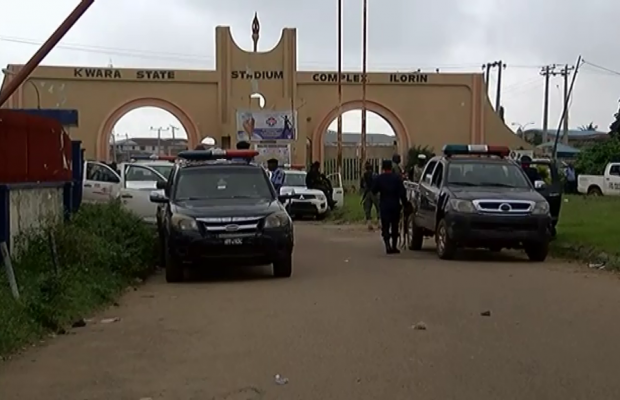 with this development, sporting activities were halted this morning with the presence of heavily armed men of the Nigeria Police Force.

Athletes who had arrived at the stadium for training were turned back by the stern-looking policemen.

Many athletes were stranded in and around the stadium gates at the popular Taiwo Ibrahim road in Ilorin.

Speaking in an interview the state police public relations officer, DSP Ajayi Okasanmi said they reacted based on information that a purported revolution rally organized by the presidential candidate of African Action Congress (AAC), Omoyele Sowore in the 2019 general elections would take off from the stadium.