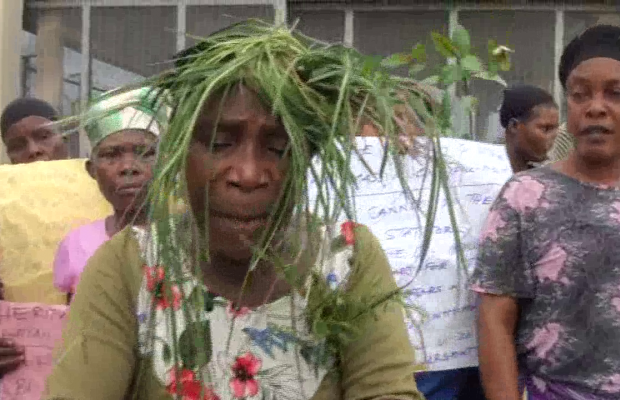 Over twenty protesting oil communities from Warri South-West local government area of Delta state impacted by oil spill as a result of ruptured pipelines have taken over the entrance of oil multinational Nigeria Petroleum Development Company(NPDC).

The protesters who are mainly women stormed the gate of the company as early as seven in the morning displaying placards with different inscriptions as staff were prevented from gaining access to their office.

Speaking on the protest, the women leader and a protester lament the devastating effect of oil in their communities and alleged harassment by policemen.

Meanwhile, the appearance of the NPDC managing director who refused to speak with newsmen did not distract the protesters as their leaders spoke on the next move.

Community protests have been a weekly occurrence in the Niger Delta region over neglect and environmental degradation, while the oil companies continue to play hard to get.