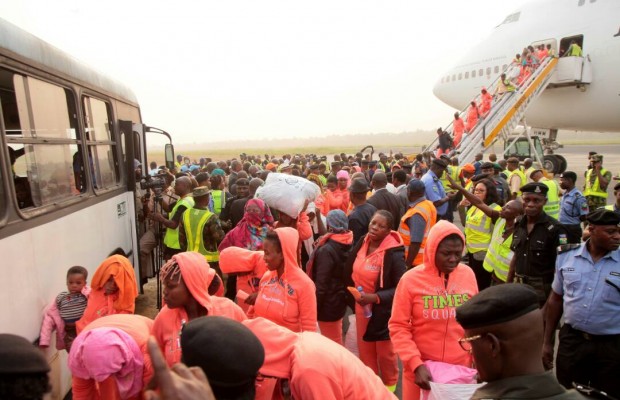 Oyo state government has received a total number of 11 returnees, who are the indigenes of the state, from Libya with a promise to look after their welfare.

The returnees mainly five males and six females were brought down to the Governor's office in Agodi by officials of the Oyo state emergency management agency for rehabilitation.

The Deputy Governor of the state, Otunba Moses Alake Adeyemo who received the returnees said the government has decided to ensure timely evacuation of all indigenes of the state.

He advised parents and guardians to always pay rapt attention to the welfare of their children and wards while he advised you to consider the option of being job creators than job seekers.

In his remark, the executive secretary of the Oyo state emergency management authority, Akin Makinde says another batch of returnees who are from the state are already in Portharcourt and will soon be moved into the state.

Some of the returnees who refused to speak on camera lamented the kind of torture they were subjected to while in the slavery land of Libya.

Wike calls for end to killings