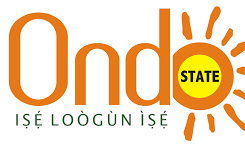 Ondo State Government and organised Labour in the state have signed an agreement for the implementation of the #30,000 Minimum wage.
The agreement was signed at the office of the state head of Service, Dare Aragbaye after weeks of deliberations.
The state Head of Service, Dare Aragbaiye said Government will continue to prioritize the welfare of workers in the state.
He said it is the resolve of the Government to create an enabling environment for Workers for maximum productivity.
The State Chairman of Joint Negotiating Council, Oyesanmi ilesanmi and the state chairman of the Nigeria Labour Congress NLC, Sunday Adeleye, said all interests were protected before reaching the agreement.
The payment of the new minimum wage takes effect from January 2020