Civil servants in Oyo state have been directed to proceed on an indefinite strike following the inability of the state government to meet their demands on issues relating to workers salary, promotions among others.

Recall that teachers in the public primary school areas of the state are currently on an indefinite strike on the same issues.

The leadership of the Nigeria Labour Congress in the state in a statement signed by its Secretary, Ibrahim Muhammed and made available to our Correspondent in Ibadan attributed the directive to the failure of the state government in finding solutions to the deteriorating plight of workers in the state.

The Union added that the indefinite strike will remain in force until the government is ready to proffer solutions to the demands of members adding that civil servants in the state stay away from their respective duty posts as from tomorrow until further notice.

Galaxy News learned that the union had presented a ten point demands which focus on workers salary, promotions safety among others but the government is yet to make any pronouncement on those issues.

See a copy of the injuction below: 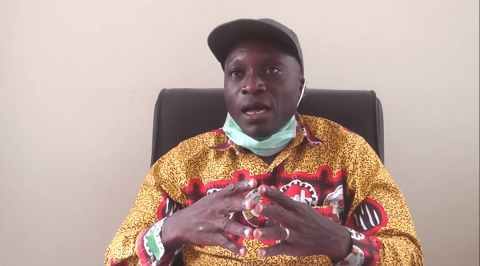