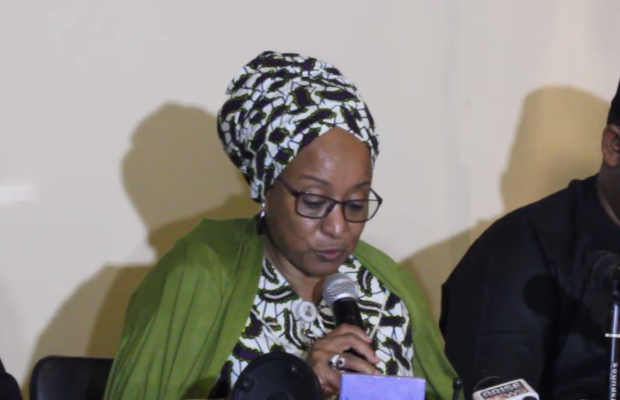 Special Adviser to the President on Social Investment, Mrs. Maryam Uwais says N470.8 billion was released from 2016 to 2018 for the delivery of its social investment programmes across the country.

Uwais said this while addressing journalists on the progress of the social investment programmes initiated by President Muhammadu Buhari administration.

Mrs Uwais said, from 2016 till date, the Federal Government budgets an annual sum of 500 billion Naira for social investment, however, in 2016 only N79.98 billion was released.

Uwais said at the end of March, the National Social Investment Programmes had made direct impacts on 12,069,153 beneficiaries, and over 30 million secondary beneficiaries, comprising the cooks, farmers, families, employees and members of the community.

According to the Head of the Cash Transfer Programme, Henry Ayede,  using the National Social Register data on poor and vulnerable households in the country, the government currently pays N5,000 monthly to 872,700 households.

He said the beneficiaries were identified by the communities; therefore, the government was sure that the money gets to those in true need.

Also contributing, the Head of the School Feeding Programme, Mrs Bimbo Adesanmi said that the government was spending about N70 to feed a child under the programme.

She said the government was able to spend less on nutritious meals by sourcing for all ingredients directly from the farmers without using middlemen.

She also revealed that the government deworms the children benefiting from the programme, every six months to reduce the frequency of infections.

Meanwhile, a bill creating a legal entity for the NSIPs has been drafted and receiving attention, for sustainability.