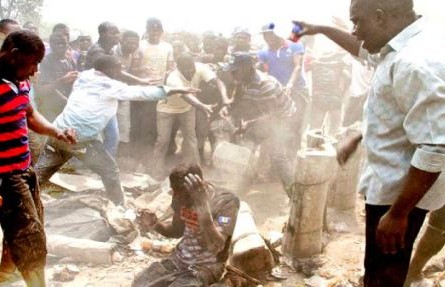 A notorious kidnap suspect popularly known as IGBUNU was today mobbed and set ablaze by angry youths along the Osubi to Eku expressway in Delta.

The suspect, who has been on the wanted list of the police at Abraka in Ethiope East local government area of the state, was said to be the mastermind of various kidnap activities along the expressway.

The incident which happened around 9am in the morning saw community residents turned out in their numbers to witness the suspect in flames.

When contacted, the Delta police Public Relations Officer Andrew Aniamaka confirmed the status of the suspect, but warned residents against jungle justice which he said is punishable under the law.

Meanwhile, community residents could not speak on what led to the burning and the crime of the suspect, blaming it on the stand of the Delta police command to arrest members of the community.