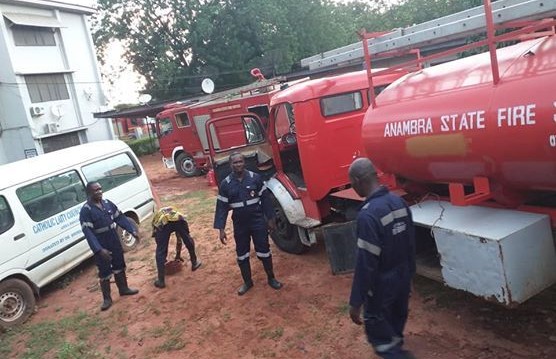 Residents of Anambra state southeast Nigeria have blamed the recent damage caused by the fire at the popular Mgbuka market in Onitsha the commercial hob of the state on the late response exhibited by the state fire service.

According to the victims, the fire was noticed early enough but efforts to get firefighters proved abortive as they were not met at their designated post when needed.

Self-help by the people to quench the fire could not yield the desired result, this led to the massive destruction where properties worth of millions got consume by the inferno.

While the people still count their losses, they task state government to wade in and monitor the workings of the state fire service by ensuring that capable hands mount the facilities.