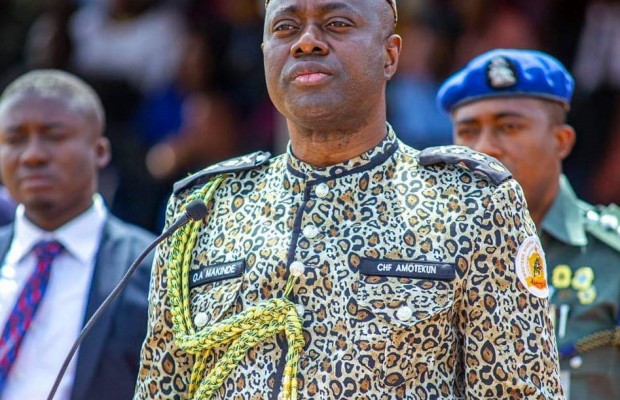 Makinde while speaking at the Passing-Out ceremony of the corps, held at the Sports field of the Emmanuel Alayande College of Education, Oyo, said members of the outfit would be working with the Federal security agencies.

He, however, disclosed that the corps would be answerable to the state Governors.

Correspondent Kunle Ojo reports that the Governor enumerated some of the primary functions of the Amotekun Corps as authorised by law, to include; collaboration with and assisting the Nigeria Police and other security agencies in gathering information.

Makinde who reiterated his administration commitment to the provision of adequate security for lives and property in the state stressed that issue of security has always been closed to his heart.

In their separate remarks, the Chairman and Commandant of the Amotekun Corps, Brig. Gen. Kunle Togun Rtd and Col. Olayanju Olayinka Rtd respectively, charged the Corp members to be effective in their operations.

The duo appreciated the governor for providing all the needs of the corps members in the course of the two-weeks training.