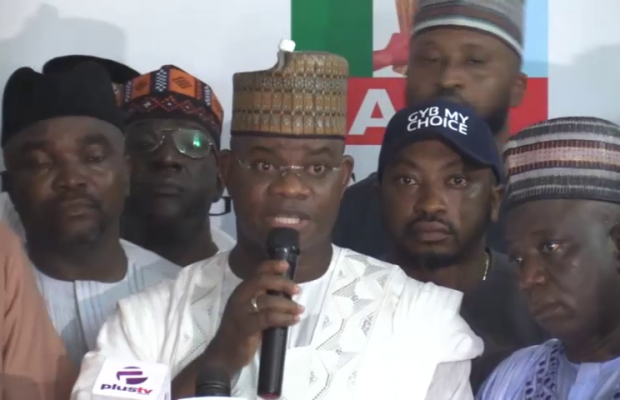 Ahead of the November governorship election in Kogi state, Gov. Yahaya Bello on Wednesday picked his Expression of Interest and Nomination forms, with a promise that President Muhammadu Buhari would in a matter of weeks be in the state to commission a number of projects.

The governor who addressed journalists at the national secretariat of the ruling All Progressives Congress shortly after he picked the forms, said those who accuse him of not developing the state have actually never visited the state.

He described his critics as "diaspora Kogites".

Governor Bello said infrastructures provided by his administration litter everywhere across the three Senatorial Districts of the state adding, that in a matter of weeks, Mr. President will be in Kogi state to commission projects.

He also dismissed the position of some 20 aspirants of the APC in the state to the effect that the party has been broken into factions, saying the APC under him remain one.

The governor advised those who are aggrieved with him to close ranks and join him to deliver the state to the APC during the governorship elections.