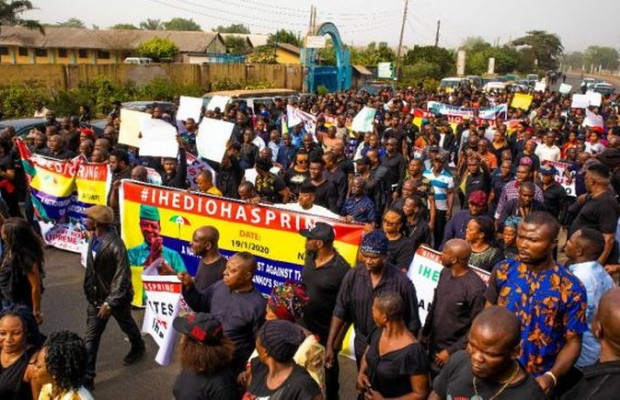 In continuation of reactions trailing the Supreme Court judgment that gave victory to Senator Hope Uzodinma in the IMO State gubernatorial election case, the Peoples Democratic Party in Anambra State has joined their counterparts across the country in staging a peaceful protest to contest the outcome of the elections.

Speaking to journalists on the sidelines of the protest, Party Stakeholders in the State expressed shock at the decision of the apex court, questioning the rationale behind the judgment.

They called on the Supreme Court as a matter of urgency, reverse itself in the interest of democracy in the country.