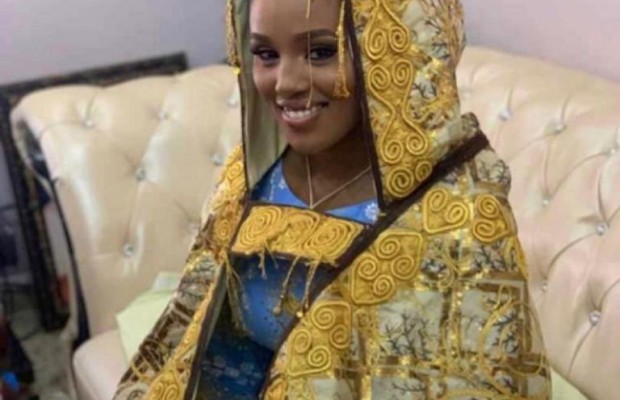 The Emir of Kano, Muhammadu Sanusi II has received his fourth wife four years after the wedding took place in Adamawa state.

Her Royal Highness, Sa’adatu Barkindo Mustapha was brought to the Emir’s palace on Saturday while the traditional Budar Kai  (unveiling) ceremony takes place on Sunday.

The Emir’s bride has just graduated from a University in the United Kingdom where she went to study immediately after the wedding in 2015.

Galaxy TV news recalls that Sanusi II married the daughter of the Lamido of Adamawa, Muhammadu Barkindo-Musdafa, in a low-key ceremony held in Yola on September 25, 2015.

The 4th Mrs Sanusi II was an 18-yr-old secondary school leaver when the wedding was contracted.

The Emir has three other wives  – first wife Sadiya, daughter of the late emir of Kano, Ado Bayero, Maryam and Rakiya.