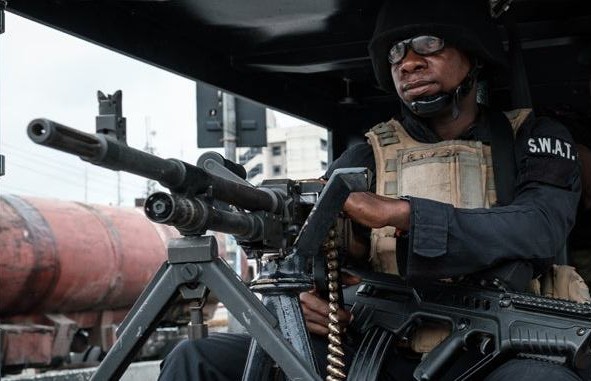 DSP Nguroje, however, says the operatives of the Command upon receiving the information gave the Armed Robbers hot chase where they engaged the police in a  shoot out, as a result, one of the Armed Robbers was gun down while others escaped with bullet wounds.

He appealed to the general public to report to police in case they come across those with bullet wounds for immediate action and assured members of the public of its commitment to protecting lives and properties.