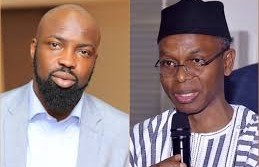 Barely thirteen days to the expiration of the second term tenure of the Ogun State governor, Senator Ibikunle Amosun,  the State Commissioner for Local Government and Chieftaincy Affairs, Jide Ojuko, has resigned his appointment.

Ojuko’s resignation was contained in a letter he wrote and addressed to the governor, a copy of which was obtained by Galaxy News.

In the letter, Ojuko said his resignation was as a result of the directive of the governor on the issue of Obaship in some Awori communities in Ota state constituency.

The former commissioner who hails fromAmosun Ota in Ado-Odo/Ota Local Government Area of the state said that the directive of the governor on the installation of some monarchs in his constituency ran against his conscience, the wish and yearnings of the Awori people that he represented in the governor’s cabinet.

Ojuko in his resignation letter said he could not continue to serve as a commissioner and therefore become an outcast among his people.