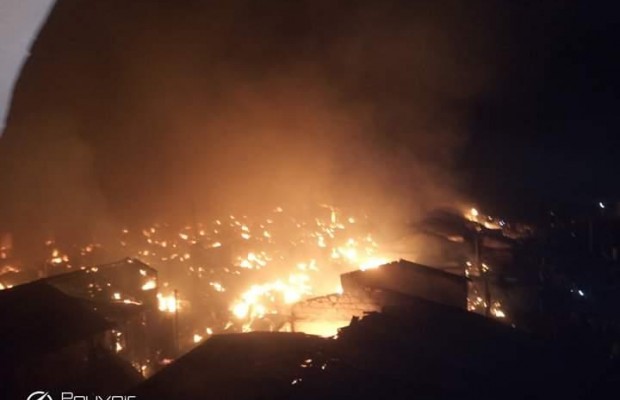 One person has been confirmed dead and three others seriously injured in the uproar that trailed the Sunday's early morning inferno in Akesan Market in Oyo town.

Recall that the angry mob vandalized the Oyo town office of the state fire service following the failure of the officials to respond to the call on time.
Correspondent Kunle Ojo reports that the Commissioner of police in the state Shina Olukolu while speaking with journalists at the command headquarters described the incident as unfortunate.
He debunked insinuations that his men fired the shot that led to the death of the deceased stressing that the shot was from a security officer from the sister agencies.
The Commissioner of police who decried the spate of fire incidents across the state appealed to residents of to be careful in order to avoid the repeat of the incidents.