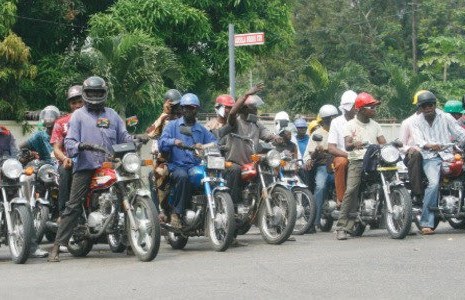 Due to incessant kidnapping, armed banditry, communal clashes, and other heinous crime in Adamawa state, Northeast Nigeria, the Nigeria Police, Adamawa State Command have banned the use of motorcycles in all the 21 local government areas across the state till further notice.
In a press statement on Tuesday signed by the Commands spokesman Othman Abubakar Superintendent of Police said the ban was informed by rising crime rate across the state.
The statement which was signed by the Police Public Relations Officer (PPRO) of the state, SP Othman Abubakar, said,
This has become necessary because of the incessant use of such motorcycles in the commission of heinous crimes such as kidnapping, armed banditry, communal clashes, and other criminal activities in the state.
The statement enjoined the people of the state to be law abiding, support and cooperate with the Police command warned that the command would go out on aggressive patrol and arrest of defaulters of this directive.