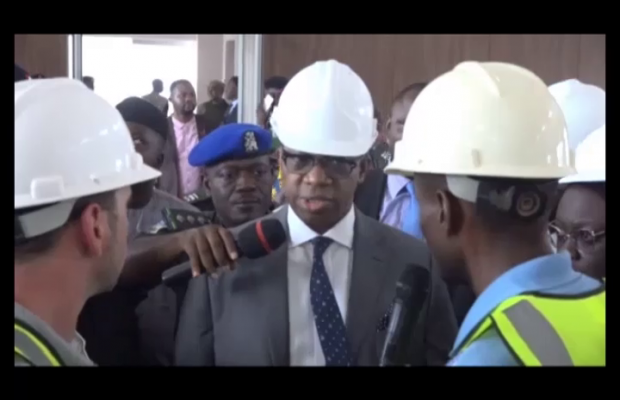 Ogun State Governor,  Dapo Abiodun has summoned the contractors handling the project of the State Judiciary Complex, one of the projects left by his predecessor, Ibikunle Amosun.

Abiodun, who visited the site of the project , expressed surprised at the quality and pace of work.

The Governor pointed out some defects and instructed the contractor to think out of the box and make amendment on the defects  because the judiciary arm will move in immediately it resumes from its  vacation.

Although  the contractor cited variation as one of the reasons for the delay; the governor  said the past government had paid 100 percent for the project, wondered why the project was yet to be completed and delivered.

Correspondent John Felix reports that two of the court rooms have been completed and furnished while  others are still under construction.