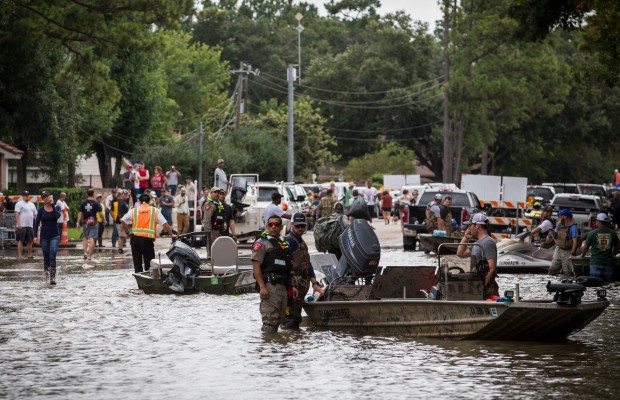 The Houston affiliate had reported two explosions at a chemical plant at the Arkema plant in Crosby, about 30 miles northeast of downtown Houston.

As water began to recede in some parts of flood-ravaged Houston and as Harvey, now a tropical depression, shifted its wrath to the Beaumont-Port Arthur area of Texas, there were reports early Thursday that a chemical plant at risk of exploding had done just that.

The two explosions at the Arkema plant in Crosby, about 30 miles northeast of downtown Houston, around 2 a.m., the French chemicals company that owns the plant said in a statement.

It said there was a risk of further explosions at the site.
“We want local residents to be aware that the product is stored in multiple locations on the site, and a threat of additional explosion remains,” Arkema said.