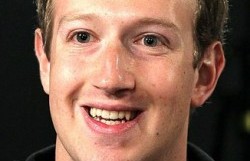 Mark Zuckerberg, Founder of the popular networking site has announced his plan to increase the number of admins on the platform in order to have a more effective monitoring system to make the social platform better and more secure.

He revealed that the incidences of the past few weeks where people were seen hurting themselves and others on Facebook prompted his decision to increase the number of admins in order to have more manpower to review activities on Facebook.

“If we’re going to build a safe community, we need to respond quickly. We’re working to make these videos easier to report so we can take the right action sooner – whether that’s responding quickly when someone needs help or taking a post down. Over the next year, we’ll be adding 3,000 people to our community operations team around the world – on top of the 4,500 we have today – to review the millions of reports we get every week, and improve the process for doing it quickly.

“These reviewers will also help us get better at removing things we don’t allow on Facebook like hate speech and child exploitation. And we’ll keep working with local community groups and law enforcement who are in the best position to help someone if they need it – either because they’re about to harm themselves, or because they’re in danger from someone else”, he said.

Speaking further on improving Facebook, he said “in addition to investing in more people, we’re also building better tools to keep our community safe. We’re going to make it simpler to report problems to us, faster for our reviewers to determine which posts violate our standards and easier for them to contact law enforcement if someone needs help. As these become available they should help make our community safer”.

Zukerberg added that 3,000 new admins will join the 4,500 admins on ground bringing the total number of admins to 7,500.

Mark Zukerberg also apologized to Whatsapp users all over the world for the temporary shutdown of services which was experienced on Wednesday.

The popular messaging application also owned by Facebook witnessed a temporary shutdown in some parts of the world on Wednesday making some users switch to Telegram, another messaging app and Whatsapp arch rival.

“Earlier today, WhatsApp users in all parts of the world were unable to access WhatsApp for a few hours. We have now fixed the issue and apologise for the inconvenience,” the apology reads.