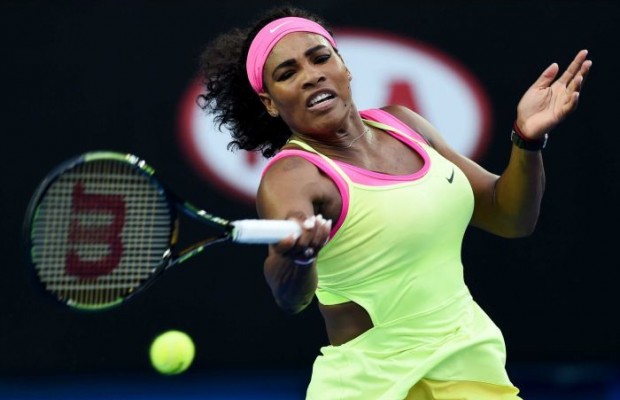 Former World No. 1 Serena Williams is among a long list of stars that are doubtful for the 2018 Australian Open, the first Grand Slam event of the new season.

Williams is yet to take a call on her participation, per reports.Williams was two months pregnant when she captured the 2017 Australian Open title -- her 23rd Grand Slam crown.

At the time, she was hopeful to return to Melbourne Park to defend her championship. After giving birth to her daughter in September, Williams is slowly returning to tennis-related activities, according to coach Patrick Mouratoglou. But Williams is reportedly taking a cautious approach back to tennis.

Meanwhile, World No. 12 Svetlana Kuznetsova is also doubeful for the event after undergoing wrist surgery. The 32-year-old Kuznetsova won the 2004 US Open and 2009 French Open before injuries began taking a toll.

Victoria Azarenka, the former World No. 1 and two-time Australian Open champion, has not played any tennis since July due to an ongoing child custody battle. Azarenka has announced her return for the ASB Classic in January but has yet to confirm her participation at the 2018 Australian Open.

Besides Serena Williams, Svetlana Kuznetsova and Victoria Azarenka, there are also doubts about the availability of former men's World No. 1 Andy Murray. Besides Murray, the likes of Novak Djokovic, Stan Wawrinka, Rafael Nadal and Milos Raonic are also trying to work their way back from injuries. The 2018 Australian Open will be held Jan. 15-28. Roger Federer and Serena Williams prevailed during last year's event