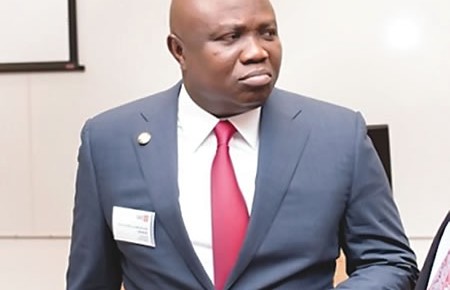 Lagos state government has renewed bid to take over the National Stadium in Surulere.

In March last year, sports minister Solomon Dalung and Governor Akinwunmi Ambode inspected the stadium, which has been in a sorry state for close to two decades, with the state government declaring its interest in taking over the edifice.

The governor, who promised that  the state government would make the stadium world-class, said the facility would help  create  employment for youths in the state.

But 10 months later, the stadium’s deterioration continues with the state and the Federal Government yet to reach an agreement over the  edifice’s concession.

It is understood that the state government decided to renew its interest in the stadium because of the Federal Government’s plans to give the stadium out as a concession.

Deji Tinubu, Special Adviser on Sports to the Lagos State Governor,  who confirmed that  the state government was still interested in taking over the stadium,  believed  the  deal would go through.

Tinubu added that  Ambode had  plans to return the stadium, which once hosted high-profile events like the All Africa Games and the Africa Cup of Nations, to its rightful place, if Lagos was given the go-ahead to take over the arena.