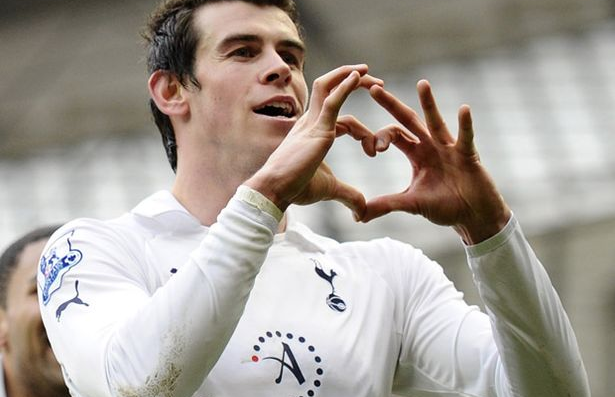 He becomes only the third player to win both awards in the same season, reports the BBC.

"It's a massive honour," said the 23-year-old. "To be voted by your peers is one of the biggest things in the game."

Suarez, currently serving a 10-match suspension for biting, and Van Persie were named in the Premier League team of the year, although Suarez's name was twice booed during the ceremony in London.

Manchester United midfielder Michael Carrick and Chelsea forwards Eden Hazard and Juan Mata, all three of whom were on the shortlist for the main award, were also included in the side.

Bale, who was named Player of the Year in 2010-11, was honoured again by his fellow professionals for a season in which he has scored 19 Premier League goals - and 24 in all competitions.

"It's great to win it and I am delighted," he added.

"When you look at the list there are some massive names on it and the other nominees have been unbelievable this year, but I couldn't have done it without the team.

"They have been fantastic this year and so has the manager (Andre Villas-Boas).

"I couldn't have won it without them so I would like to give them all a big thank you as well."

Wales international Bale came through the ranks at Southampton before joining Tottenham in 2007 in a deal that could rise to £10m.

In addition to his goal-scoring, Bale has been responsible for four assists and 243 crosses. His seven goals from outside the box is the most in the top flight.

PFA chairman Gordon Taylor said: "Gareth has had a tremendous season. He has had the same impact on Welsh football as Ryan Giggs did. He is part of the Southampton success story."

Coach Eric Harrison was awarded the Merit award for his role in developing players from Manchester United's academy in the early 1990s.

Emenike Back To Action