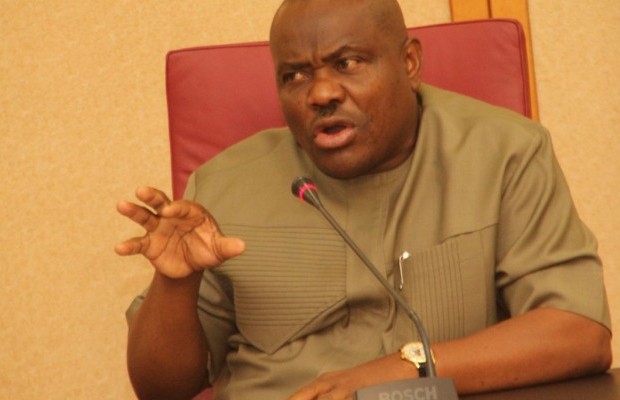 Rivers state governor, Nyesom Wike has told the Nigeria Football Federation (NFF) that Nigerians will not accept failure at the  2018 World Cup in Russia, urging the NFF to ensure that the Super Eagles are adequately prepared for the competition.

Speaking when the NFF President, Amaju Pinnick, visited him at Government House in Port Harcourt on Monday,  Wike urged the NFF to work in unity for the development of football in the country.

The governor said, “If you fail to advance beyond the group stage, don’t bother to return. Find excuses to stay in Russia. Nigerians expect the best from the Super Eagles. That is why the NFF must intensify preparations.

Wike said the state government was using football to empower the youths.

He commended the NFF for the  improvement in the country’s league and urged  the body to develop it to the level where teams could win based on their capacity.

Pinnick said   he was  in the state to thank the governor for providing the foundation for the qualification of  Eagles for the World Cup. He said the journey to Russia 2018 started in Port Harcourt where Nigeria  defeated Swaziland.

Pinnick said, “The governor created the right environment that led to the qualification of  Eagles for the World Cup. This journey started here in Port Harcourt. Today, Port Harcourt has become a destination of choice.”

He  invited Wike to be part of the delegation to the World Cup, saying the country would  benefit from   the governor’s   experienc