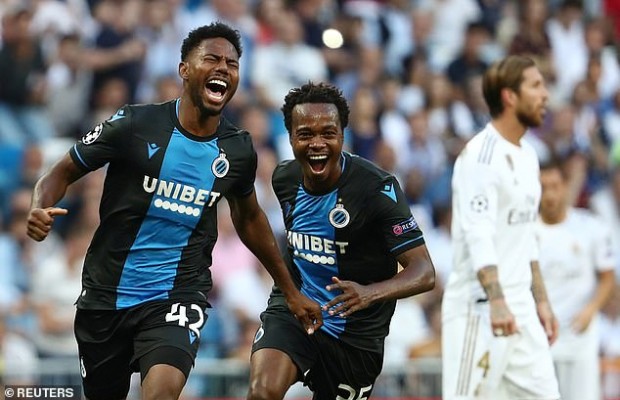 Nigeria forward Emmanuel Dennis will be looking to show his class on the big stage once again when his Belgian outfit, Club Brugge host French Ligue 1 giants Paris Saint-Germain in their UEFA Champions League matchday three encounters at the Jan Breydel Stadium, Bruges, on Tuesday.

Dennis was in inspiring form on matchday two as he grabbed a brace in Brugges’ 2-2 away draw against former champions Real Madrid at the Santiago Bernabeu.

That impressive feat earned him a place in the UCL Team of The Week for matchday two, and he was also nominated for the player of the week prize which was won by Bayern Munich’s Sergi Gnabry.

Dennis’ compatriot, David Okereke, is also expected to be named in the matchday squad for Brugge.

Club Brugge will be desperate to pick their first win in Group A after two draws from their opening two games.

The Philippe Clement’s men are second in the group behind PSG, who have six points from two games.

Galatasaray will host Real Madrid in the other group game also on Tuesday.