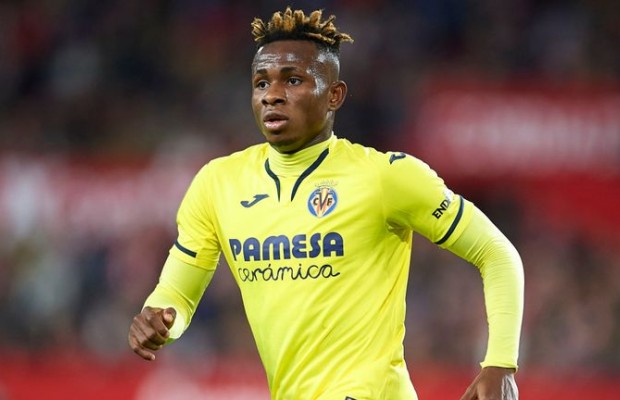 Villarreal manager Javier Calleja believes Nigerian winger Samuel Chukuweze still has a lot to learn and must remain at the club to further hone his skills.

Chukuweze has been linked with a January move to Premier League side, Chelsea following a string of impressive performances for the Yellow Submarine.

But Calleja is adamant the time is not right for the dazzling winger to move to a bigger club.

Chukuweze joined Villarreal in 2017 from local side, Diamond Football Academy. He broke into the first team last season and scored five goals in 26 league appearances.

The 20-year-old was also voted Villarreal’s young player of the year.

He has also become a regular for the Nigeria national team with 13 appearances and two goals to his name.