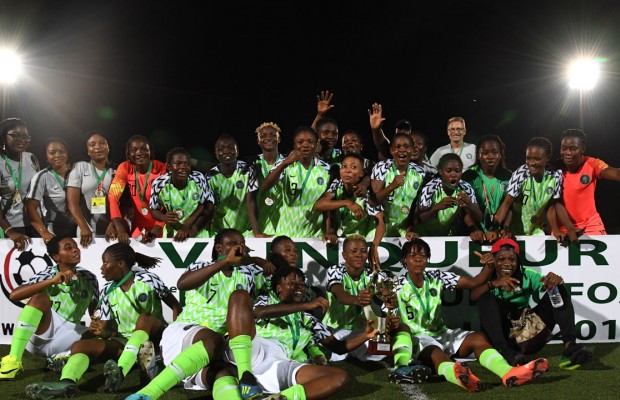 President Muhammadu Buhari last night in Saudi Arabia congratulated the Super Falcons on their final victory at 2019 WAFU Women's Cup, with an unbeaten record throughout the tournament.

Presidential spokesman, Malam Garba Shehu, in a statement, said Buhari congratulated the players on their superlative performance which enabled them to win the cup.

According to the statement, Buhari commended the Falcons for their fighting spirit and resplendent skills evidenced in teamwork, discipline, and focus, which he said enabled them to defeat the Ivorian Dame Elephants at the finals of the championship.

Shehu also said the president praised the officials and management of the team, led by Thomas Dennerby, for what he described as their sacrifice, commitment and diligence in winning the championship.

The statement added that as the team prepares for the forthcoming FIFA Women's World Cup in France, Buhari urged officials and players to stay focused and unleash the same zeal that won the WAFU Women's Cup Champions.